Female perspectives
The collective and co-creation
Crossing cultures: ancient and modern
Piecing together 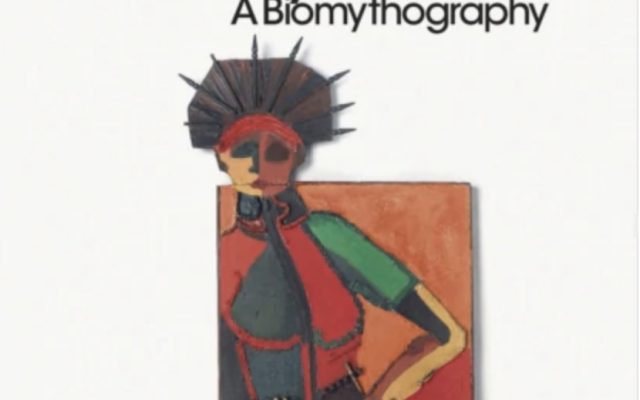 Audre Lorde
Zami: A New Spelling of my Name. A Biomythography

Audre Lorde, Zami: A New Spelling of my Name. A Biomythography, Penguin Books, 2018.

Lorde emerges from the confusion of childhood and a turbulent adolescence into 1950s New York, seeking her place as a young black gay woman in a racist, homophobic world where too often the fall-out for lesbians was narcotics, mental illness and suicide. But Lorde was a survivor, a seeker of life and love. Sustained by her own writing and time spent in Mexico, she describes her work, her determination to educate herself, her relationships and an experiment with communal living; the titular name Zami signalling this ideal – A Carriacou name for women who work together as friends and lovers. 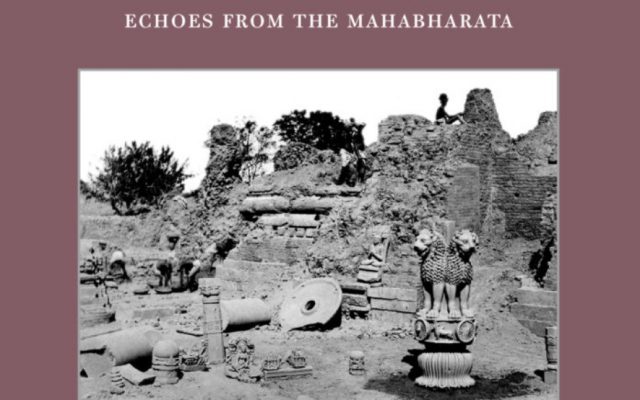 Karthika Naïr
Until the Lions: Echoes from the Mahabharata

Karthika Naïr, Until the Lions: Echoes from the Mahabharata, Archipelago Books, 2019.

Stories from the epic Mahabharata are re-imagined in poetic monologues, spoken from the perspective of women and other marginalised characters whose voices have been forgotten by history. Employing a range of poetic forms they speak of great battles, sacrifice, passion, betrayal and loyalty befitting the scope of an epic where mortals and the Gods wreak revenge and delight in sensuality in equal measure. At the narrative’s centre and given her own distinctive voice is Satyavati, fisher princess, mother of monarchs, regent, observer, manipulator, destructive protector of dynasties. 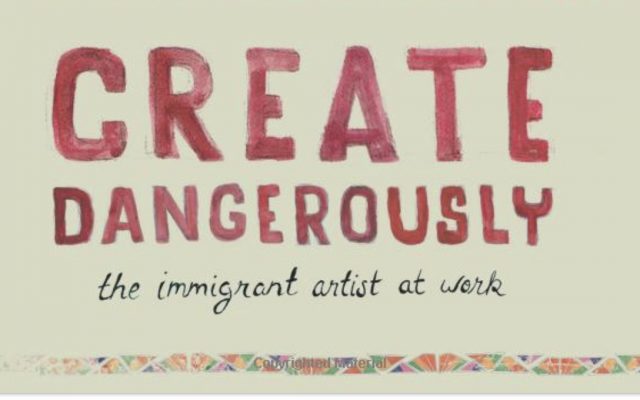 The title ‘Create Dangerously’ borrowed from Albert Camus’ play ‘Caligula’ examines work made in-extremis, made during Haiti’s recent despotic regimes, despite danger to life; work made in the fracturing world of exile; work which speaks to the human condition and to the necessity for creative expression. Each essay addresses creative endeavour which against the odds speaks of what could not safely be expressed directly; giving voice when the majority of a people were rendered voiceless. 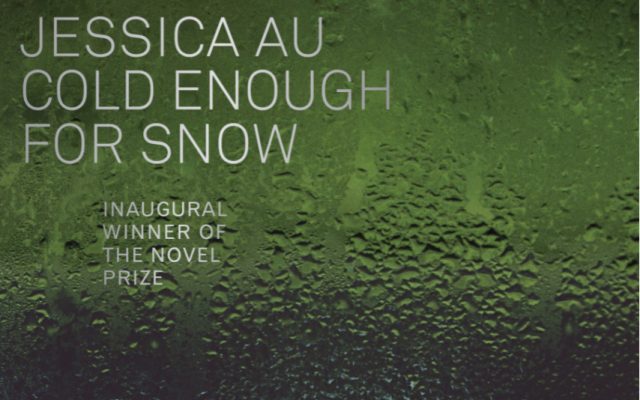 An unnamed mother and daughter meet for a holiday in Japan during which the past is examined from the daughter’s perspective in phenomenological detail. What is her relationship with her unreadable, barely understood mother? How do remembered moments from the daughter’s childhood, fraught by cultural differences, impact upon the choices demanded by adulthood? Does her sister truly navigate life as successfully as she appears to do? Is the daughter really on holiday with her mother or is the mother a memory called upon as the daughter is faced with making a significant decision which will change the course of her life?

Click to enjoy audio excerpts from our spotlight books 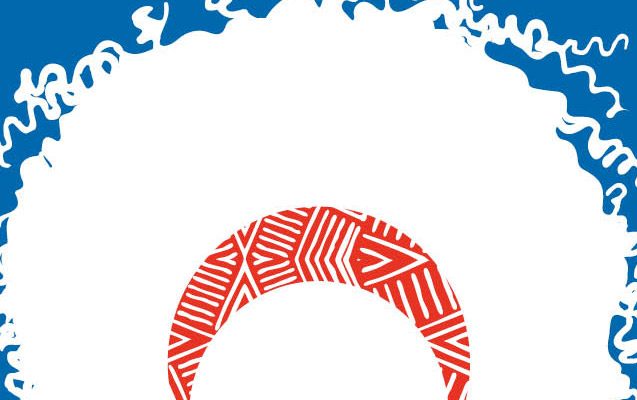 Spanning continents, cultures, regimes and race, Adiche tells of the life and loves of Ifemelu who leaves military-ruled Nigeria to study in America where she finally creates a life for herself, negotiating the hierarchies of colour and the role white America assigns black women. Enticed back to Nigeria by unresolved events from her past, Ifemelu, now an Americanah (a Nigerian who has lived in America), finds herself yet again an outsider, and is required once more to make her place in a fast changing but still familiar country. 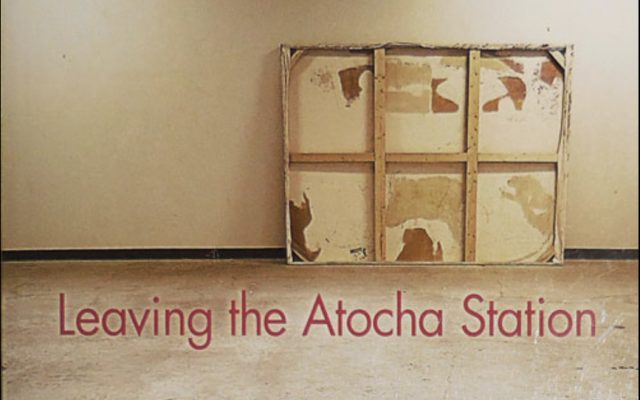 This is Madrid, seen through the eyes of an outsider, a young disarmingly endearing, self-medicating, self-absorbed young American experimental poet who having been awarded a prestigious poetry fellowship attempts to navigate the social mores and language of his temporary home. Raising questions about authenticity in life and in writing, the roles we play, the projections we put upon others, the expectations we have of ourselves, this is a profound, funny, elegantly written story of a young man attempting to come to terms with himself in an unfamiliar culture. 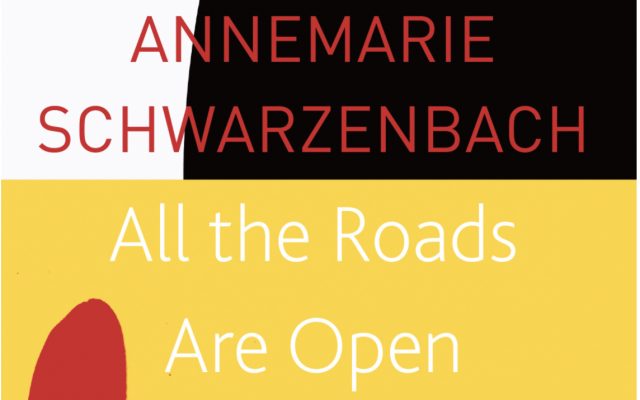 Anne Marie Schwarzenbach
All the Roads Are Open

Anne Marie Schwarzenbach, All the Roads Are Open, Translated and introduced by Isabel Fargo Cole, with an Afterward by Roger Perret, Seagull Books, 2021.

Following treatment for morphine addiction Schwarzenbach sets out from Geneva for Afghanistan with fellow writer Ella Maillart. The two pioneering women travel through the Balkans, Turkey and Iran arriving in Kabul where they learn of the declaration of the Second World War. In these short episodic pieces, compiled from published and unpublished sources, Schwarzenbach observes the loss of nomadic traditions to a settled industrialised life and the cultural impacts this engenders. It is only once away from the cities and in the borderlands observing nomads and refugees, where the women are unveiled, that she discovers a certain freedom both for herself and the people she observes. 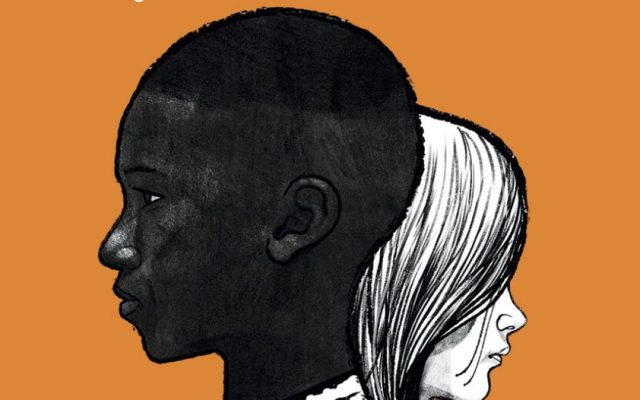 The lives of two teenagers coincide as Sammy makes the difficult journey from Eritrea hoping to reach the UK and Natalie deals with her own complex life as she trains to swim the English Channel. This gripping, episodic narrative written in verse pieces together the daily realities in their lives, the words of each echoed by the other, as fate brings them closer together. A compassionate work about survival and the fundamental necessity for everyone to have a place to call home. 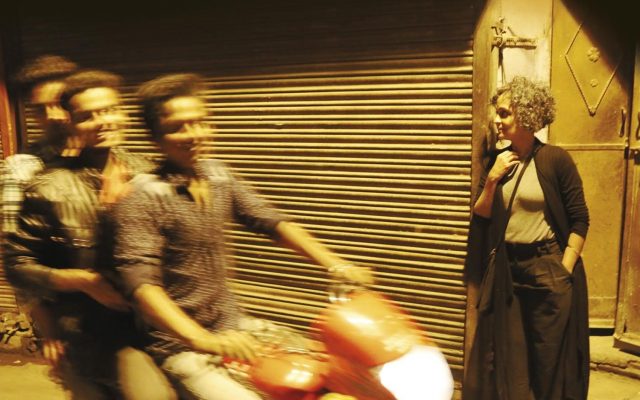 Written over a twenty-year period, Roy’s political essays are carefully researched critical personal perspectives of the fight for justice in India, documenting the collective struggles of India’s marginalised poor against state, religion and caste. The collection’s foundational essay, ‘The Greater Common Good’  records the long fight against the environmental destruction and the displacement of millions by the Namarda Dam project. Other essays address nuclear testing, the appropriation of tribal lands, rapid privatisation of services and the effects of imperialism. Roy’s detailed research validates her measured anger and writing which is straight from the heart. An important document of and for our times. 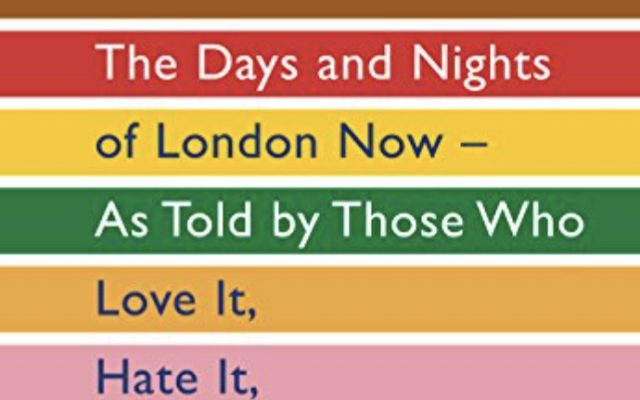 Craig Taylor
Londoners: The Days and Nights of London Now - as Told by Those Who Love it, Hate it, Live it, Left it and Long for it

Craig Taylor, Londoners: The Days and Nights of London Now – as Told by Those Who Love it, Hate it, Live it, Left it and Long for it, Granta, 2011.

Voices, experiences, moments from lives told are collaged into a volume expressing the realities, dreams, loves, difficulties and exhilarations of living in London in the twenty-first century. Gathering snippets of life stories is by necessity a co-creation, between teller and listener, told during a moment of trust, co-opted in a fast-moving city where anonymity is the rule of the streets. Here Taylor gives voice to the often unremarked including: market traders, an actor, a manicurist, a squatter, a recent arrival from Uganda, a beekeeper, a mother, a riot witness, a couple, an urban planner. With no analysis, just a chapter heading and a sentence or two to set the scene, the page belongs to the speaker. 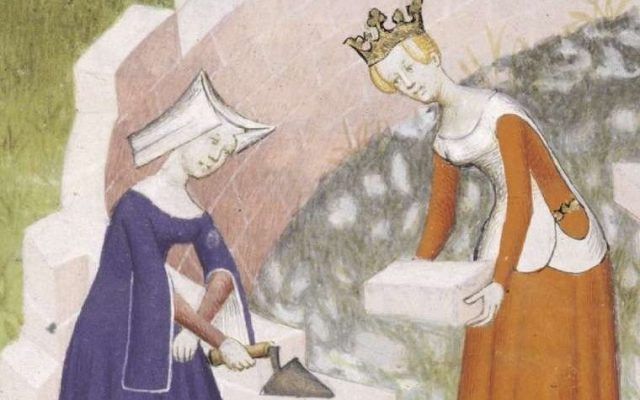 Christine de Pizan
The Book of the City of Ladies

Completed in 1405 and written by France’s first secular woman to make a living from her writing, Pizan draws critical attention to the misogynist writings in her library, casting light on the culture of her time. As if in a vision, Pizan enters into conversation with three virtues – Reason, Rectitude and Justice who advise her to build a city constructed from the great feats of female achievement, both ancient and contemporary to Medieval Europe. In doing so she tackles among her subjects, violence against women, betrayal and the lack of opportunity for women, peopling her allegorical city with the powerful, the brilliant and the brave. 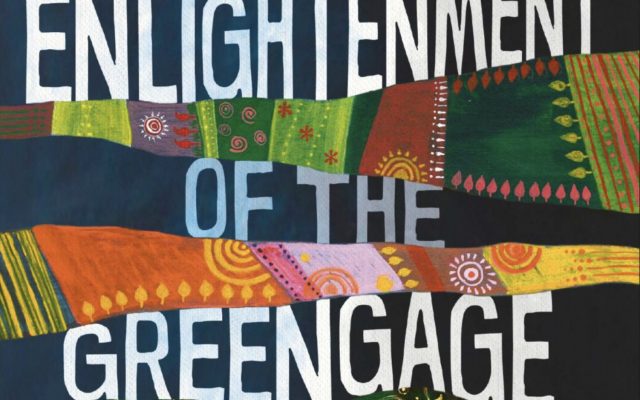 Shokoofeh Azar
The Enlightenment of the Greengage Tree

Stories within stories woven by Behar the ghost daughter-sister enfold the realities of survival for a family during the Iranian Revolution. The novel explores whether, when faced with the tragic consequences of the regime’s actions, forgetting is preferable to remembering or when the burden of memory is too great, escape into other realities is perhaps the only remaining option. Yet this is a novel about love too, and the strength of family bonds that endure into the afterlife. 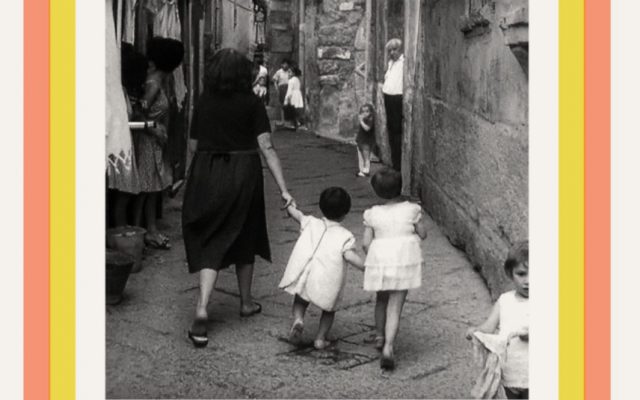 The Little Virtues brings together 11 previously published personal essays written between 1944 and 1960. In her foreword Ginzburg not only notes when they were written, but where, tying many of the pieces to specific places and periods in her life. Written against the background of post-second world war  Italy, and the shadow of fascism, Ginzburg writes from her perspective as a woman living during these times while raising children, and the necessity of pursuing her vocation as a writer. Her reflections on her experiences – both life affirming (‘love of life begets a love of life’) and traumatic (‘There is no peace for the son of man’) – are forthrightly expressed with an absence of extraneous detail. Although specific in time and place, the affecting complexities of the human relationships she explores, connects us all. 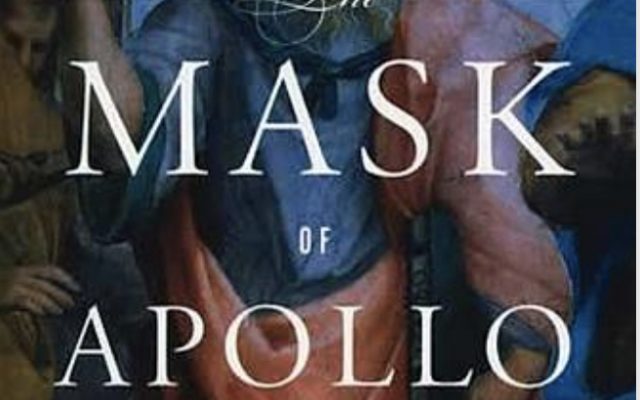 Mary Renault
The Mask of Apollo

The scenes are Athens in the time of Plato and Syracuse during the tyrannical reign of Dionysios the elder, witnessed by the actor Nikeratos. As he makes his way from festival to festival becoming celebrated for his portrayals of the great tragic figures of the Hellenic world, he becomes involved in Plato’s Akademie and the fight against tyranny in Ancient Sicily. Subtly melding Nikeratos’ imaginary personal life with examinations of power and corruption, Renault honours a world that is of another time with its beliefs, violence, chivalry and acceptance of same-sex love, whilst casting light onto modern society. 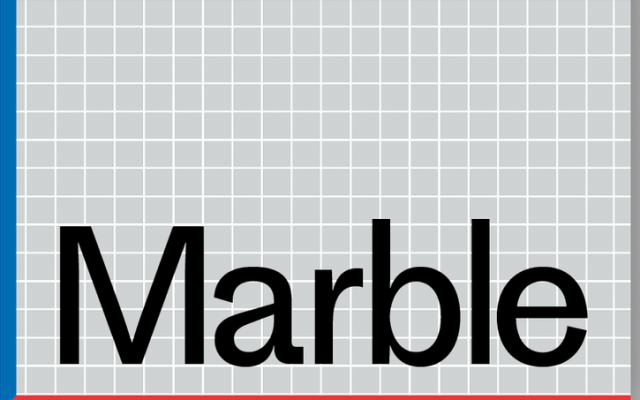 ‘Here is Athens, glazed with rain, its streets dissolved into fluid expanses of marble and minerals. A carved city. Everything sighs and glistens.’ Smith’s luminous short novel connects Copenhagen and Athens through the fragmentary parallel stories of two women separated by time, one historical – the Danish sculptor Anne Marie Carl-Nielson – and the other vivid, fluid and fictional – Marble. As she photographs the Acropolis, Marble’s observations and speculations are punctuated with images and tableaux of Carl-Nielson – her ground-breaking work on archaic sculpture keeping her far from home and family. Slipping between identities, voices, times and terrains, Smith’s writing is both impressionistic and elliptical, its scales the microscopic and the elemental.