Of Islands, Seas, and Voyages
Contemporary experiences with a global perspective 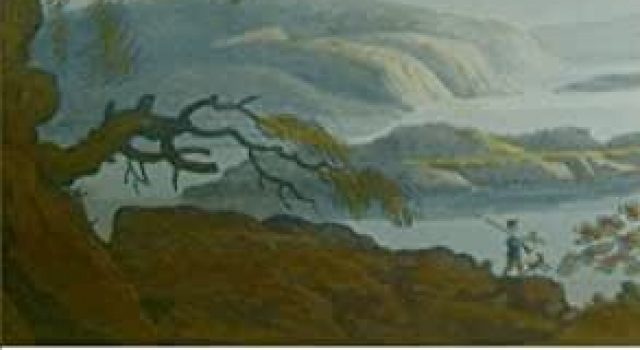 Read more
Mary Wollstonecraft, Letters Written in Sweden, Norway and Denmark  (first published 1796), Oxford World Classics, 2009
Travelling with her one year old daughter Fanny and companion Marguerite, Wollstonecraft’s three month journey through Sweden, Norway, Denmark and Northern Germany would be quite an undertaking even in this day and age. As it was, she was travelling on behalf of her American lover Gilbert Imlay in 1795, ostensibly to conduct business negotiations for him and at the same time save their failing relationship. Making the eleven-day sea crossing, she landed in Gothenburg in Sweden, and from there travelled across to Norway to Tonsberg and Oslo. Her efforts on behalf of Imlay and the terrain she encountered are vividly captured and were subsequently published in 1796 in the form of twenty-five letters that give an extraordinary insight into what was a remote region, Wollstonecraft memorably noting as she neared England in her return: I have only to tell you that, at the sight of Dover cliffs, I wondered how anybody could term them grand; they appear so insignificant to me, after those I had seen in Sweden and Norway.

A. Sivanandan
When Memory Dies 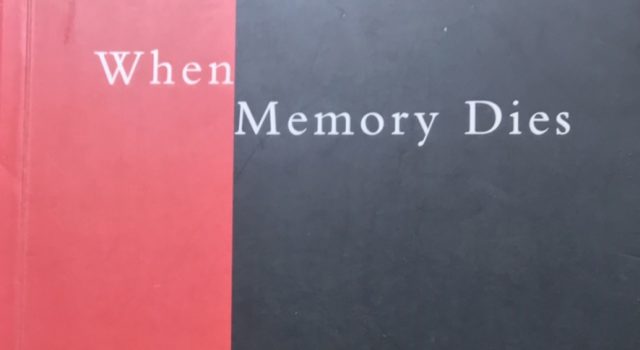 Following the struggles through three generations of a Tamil-Sinhalese family, the novel traces Sri Lanka’s troubled history during the twentieth century, from colonialism, to Independence to civil war. Based on the writer’s family and his own experiences which forced him to flee to England, Sivanandan shows the cost to individuals, communities and eventually the whole Island when a country fragments along religious, political and ethnic lines. It is through Para, whose life spans the century that Sivanandan shows the importance of remembering as history is being rewritten. Tragic, loving, offering an insight into the everyday lives of Sinhala and Tamil peoples, the novel offers a particular perspective of this period, by one of Britain’s pioneering black intellectuals.

Ehrouz Boochani
No Friend But the Mountains 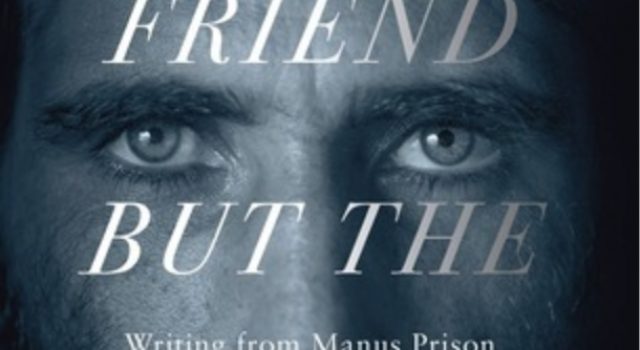 Nearly drowning on his second attempt to cross from Indonesia to Australia, Boochani is rescued by the Australian navy, but rather than arriving at the promised land to claim refugee status, he is sent to Manus Island detention centre. Boochani’s account of six years of incarceration often employing literary techniques used in contemporary Kurdish storytelling, was sent piecemeal by secret mobile phone. The narrative shifts between fragments of poetry, meditations on courage, freedom and the nature of power, to observations of his fellow inmates, prison conditions, the sound of the ocean, the creatures and trees of the surrounding jungle that penetrate the prison walls, and memories of his childhood in the mountains of Kurdistan. 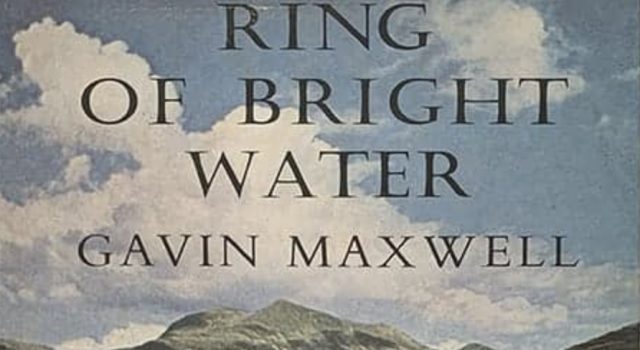 At a loose end, Maxwell takes up the offer of relocating to an isolated cottage Camusfeàrna on the West coast of Scotland. There he relishes the challenge of furnishing his new home from beachcombing trips. However, this pleasant quiet life does not remain so for long. During a trip to Iraq, Maxwell adopts his first otter cub Mijbil who very much makes her home with him at Camusfeàrna. Playful, wilful, sociable and endlessly inquisitive Maxwell describes their life together with great affection. He combines vivid descriptions of the adopted otters, for Mijbil was but the first, with observations of  the wildlife around him, avoiding romanticism by attending to the wildness and thus the integrity of the creatures whose ways he engagingly describes.

Kei Miller
The Cartographer Tries to Map a Way to Zion 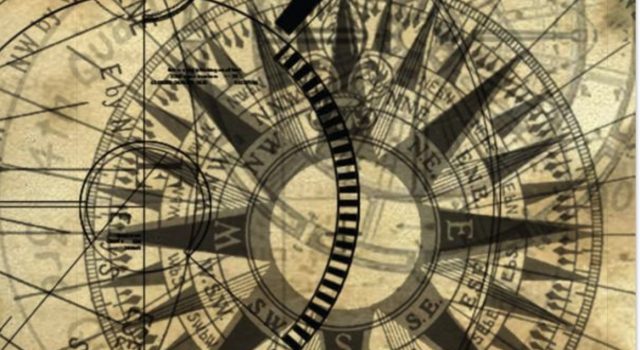 Kei Miller, The Cartographer Tries to Map a Way to Zion, Carcanet Press, 2014.

Central to this poetry collection is a conversation between the figures of the western cartographer and the Jamaican rastaman. Questioning the authority of knowledge represented by the map, the rastaman argues that there are other ways to know a place, to know his country: a different kind of mapping which is felt and lived, and native and spiritual, and that what is left off the map is as pertinent and telling as what is included. Interwoven throughout is a series of prose poems all entitled ‘Place Name’ (‘unofficial’ place names) that tell the histories of injustice, inequality and violence that are otherwise repressed and untold. Maps, ‘throughout time have gripped like girdles to make his people smaller than they were.’ 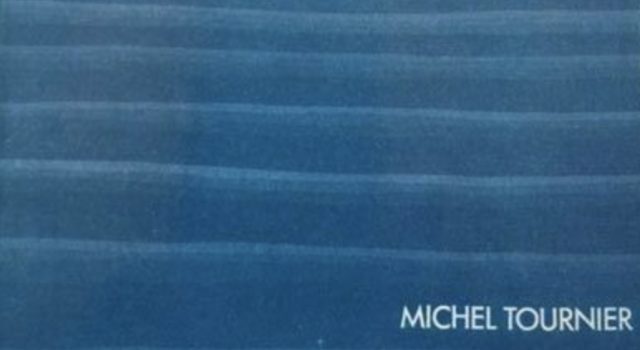 This version of Defoe’s Robinson Crusoe opens with the shipwreck leaving Robinson the only survivor on an uninhabited Pacific island. Emerging from the near madness and self-destruction that this enforced isolation and sense of alienation initially caused, Robinson sets about vanquishing the island, subduing its land and creatures to his own ends – the only means he knows for ensuring his survival, until Friday enters his life. At first enslaved by Robinson, Friday gradually effects Robinson’s metamorphosis to a Rousseau-esque innocence. Both a reflection on the corrupting effects of European civilisation, an investigation of loneliness and a correction of Defoe’s colonialism, Tournier transforms the original novel 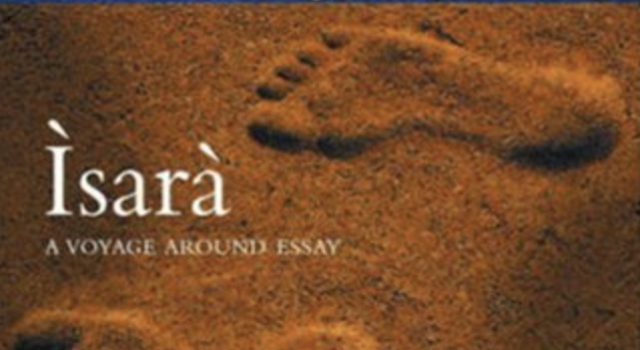 The contents of a tin box belonging to Soyinka’s late father inspires a semi-biographical voyage into his father’s life. Constructed in fragments, indicative of leafing through an archive, time shifts ambiguously to and fro over fifteen years of Essay’s young adult life based around the Nigerian town of Ìsarà. Told with gentle humour, the narrative centres on the lives of a group of Western-educated professional young men known as the ex-Islés who navigate the tensions between traditional Yoruba values and practices and the protocols of  the British Protectorate, observing the challenges to the Empire from their own Afro-centric perspective. 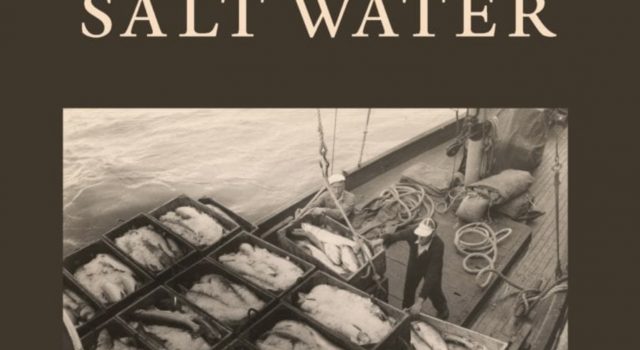 Life along the Catalan coast is the subject of this collection of essays. Originally written in Catalan as a political statement under Franco who outlawed the use of this language, the writing is fresh, witty and modern, carrying a subtext which speaks to and challenges the daily experience of life under fascism. With an eye for detail, an ear for conversation and the sense of a good story, Pla writes of seafaring, smuggling, shipwrecks, carousing, storms and fair sailing. Centred around his hometown Cadaques, he describes the characters he encounters including Dalí the painter’s father, as well as his own experiences at sea, spanning the First World War to the Spanish Civil War and its aftermath. 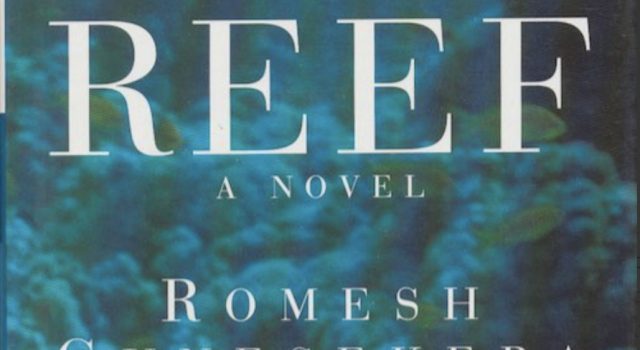 Read more
Romesh Gunesekera, Reef, Granta Books, 1994. Listen to an excerpt Following a misdemeanour at school, Triton finds himself in the employ of Mister Salgado, a marine biologist studying Sri Lanka’s disappearing coral reefs. There, he learns to envisage his master’s every need, taking as much pride in making a British-style Christmas dinner as polishing the silver and laying out his master’s clothes. With the collapse of Mister Salgado’s once settled life, which mirrors the changing political state of the Island, master and servant leave for London. Years later, after a chance encounter with a recent refugee from his homeland, Triton recounts his boyhood memories in a voice both innocent and knowing, practical and brave as the increasingly chaotic world around him impinges on the safe haven he has created in exile. 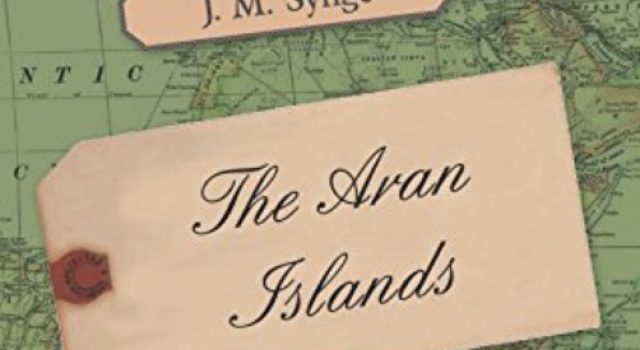 Encouraged to explore these island by W. B. Yeats, Synge keeps an account of the people and places he observes during his visits. The dominance of the weather, the ever-changing mood of the sea, the harshness of the landscape and encounters with the islanders are all relayed with alluring immediacy. Synge places a particular emphasis on folklore and ritual, beliefs and superstitions which he gathers in conversation whilst out walking, travelling between the islands by curragh, or sitting by a peat fire. Written at the turn of the 20th century and influenced by the Irish Celtic revival, there is an undoubted romanticism to his observations, but this is tempered by genuine interest and the relationships he forges. 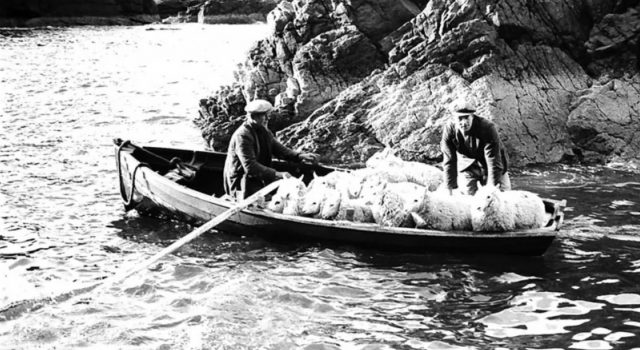 Darling recounts the time spent with his wife and young son living on remote islands off the Scottish west coast, studying the social habits of red deer, grey seal colonies and birdlife. Partly a pragmatic account, recording the flora and fauna, geology and histories of each island, he also recounts the joys and challenges of daily life. Written just before and during the Second World War, Darling’s actions reflect a search for a simpler existence, away from what he perceives as the press of people, the rush to acquire, and society’s loss of humanity. Instead he welcomes the remoteness and harsh honesty demanded for survival embracing a sense of man’s insignificance amidst the storms and beauty of the Outer Hebrides. 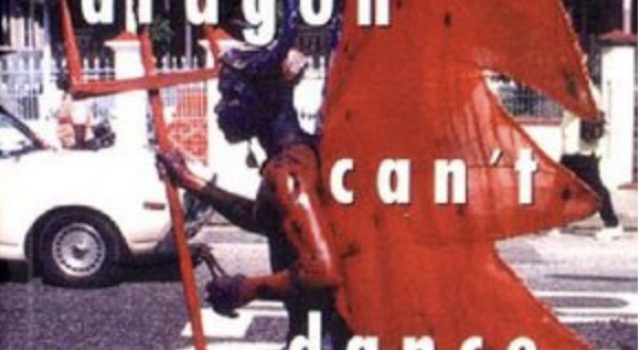 Woven into Aldrick’s dragon costume, made on the doorstep of his shack in a Port of Spain yard are memories of his life as he prepares for what will be his last true carnival. Like everything in Trinidad in the late 1960s, Carnival too is changing, loosening its connection passed through the generations from Africa and the Middle Passage to the sugar estates, releasing the hold of warriorhood and the legacies of rebellion. Untethered from these traditions Aldrick’s dragon dance becomes a menacing reality, a manifestation of protest against the poverty and injustices of life in the shanty town on Calvary Hill. Told from multiple viewpoints by the people who live in and around the Yard, this is a beautifully written novel with a gratifying ending.

Virginia Woolf
To the Lighthouse 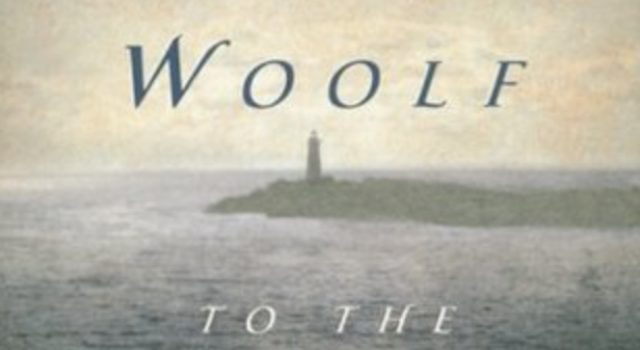 Listen to an excerpt ​

Spanning ten years, the narrative follows the conflicting thoughts, emotions and observations of the Ramsey family and their guests holidaying on the Isle of Skye. Opening with the mainstay of family life, Mrs Ramsey, Wolf marks the constant unconscious shifting between her external world and the fragility of her ever-changing inner thoughts as characters and incidents demand her attention. Employing colours, objects, the house itself, the sea and the lighthouse which symbolizes something different for each of the characters, Wolf shows women and men mostly out of sympathy with each other, as they experience life on varying emotional planes. In so doing, she exposes the gulf that arises between what is felt and what is spoken, between duty and conformity, individuality and desire.

Mercè Rodoreda
Garden by the Sea 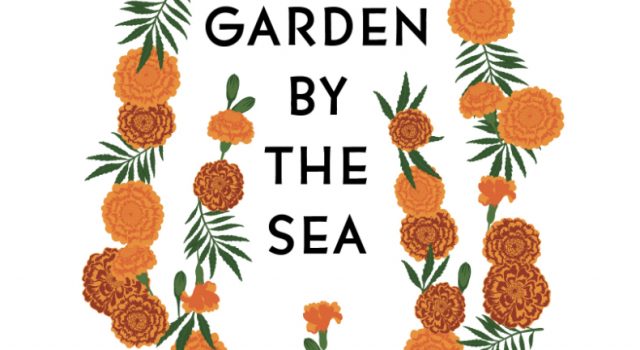 All at first appears idyllic in the villa by the sea, occupied each summer by a young married couple from Barcelona and their friends. Their seemingly carefree lives spent bathing, boating, painting and partying darken as tensions, jealousies, thwarted desire, possessive and unrequited love emerge. Set in 1920’s Spain we learn of these seemingly gilded lives tangentially from fragments of observations relayed by the villa’s gardener pieced together with snippets of news and stories he is told by those who visit his garden lodging. A modest gentle man whose main concern is his garden, he imparts the story quietly without relish or analysis, simply as matters of fact. As he tends his flowers, he witnesses vitality turn to malaise, and the destructive allure of wealth. Skilfully translated, Rodoreda’s modernist prose is subtle and spare, her descriptions finely wrought. 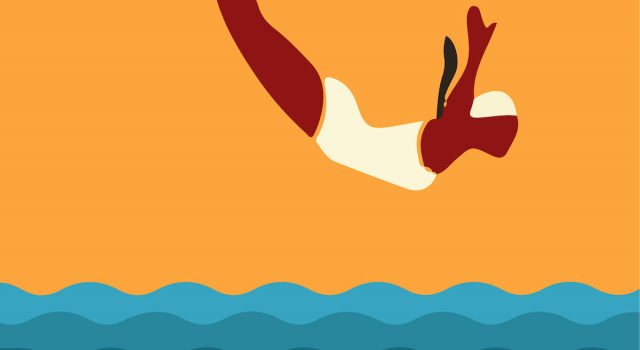 The subjects in this collection, each written since the Good Friday Agreement are reflective of the island of Ireland being as diverse as the origins and locations of the authors themselves. Stories by those now living overseas and by writers from overseas who have made the island their home range from locations in the Bronx to London, from Belfast to rural southern Ireland. The twenty-four short works examine old age, love, Ireland’s past, motherhood, immigration, sectarianism and small-town life.