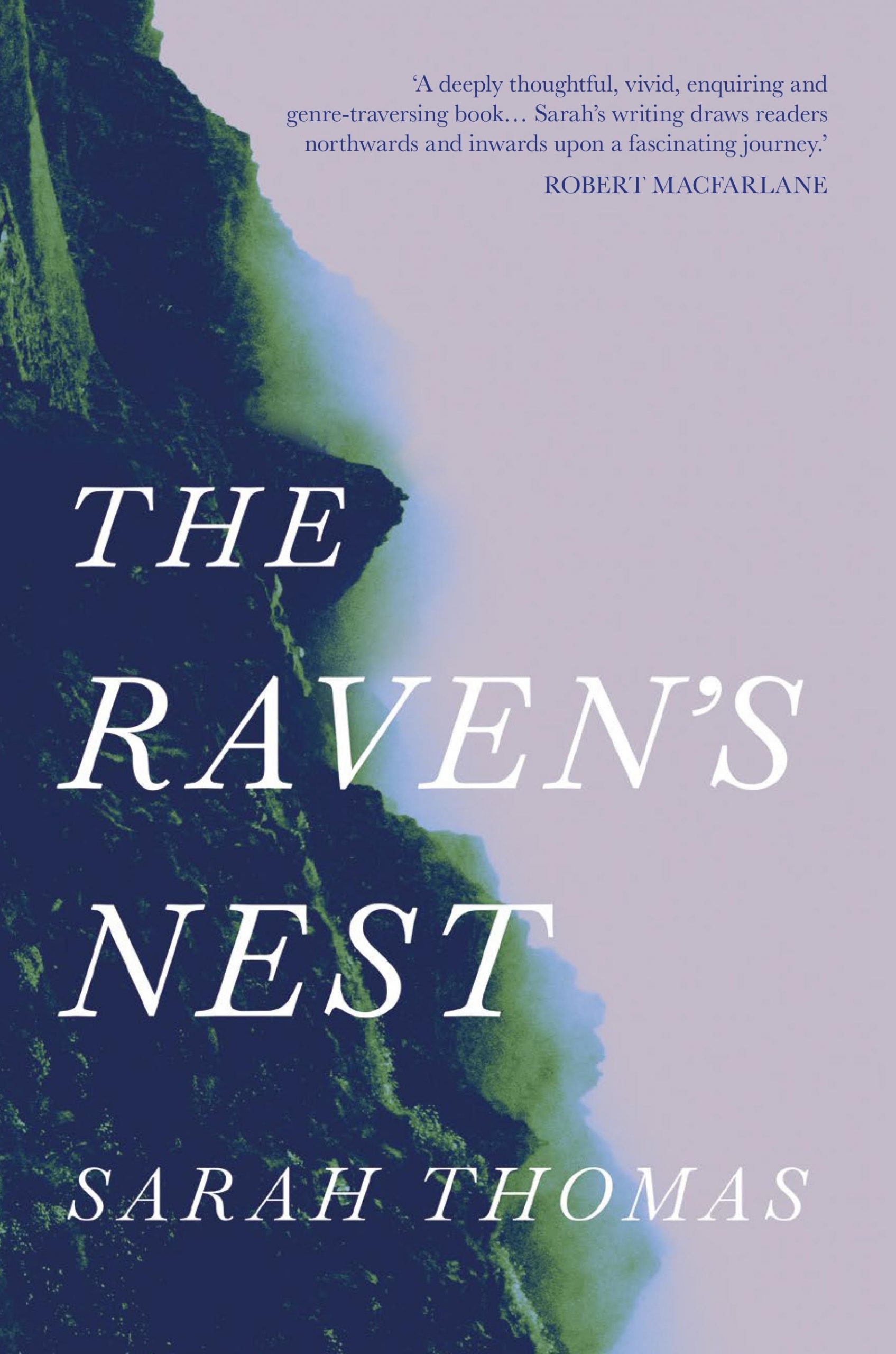 Between 2-4pm, artist Denise Zygadlo will lead a Mend & Make Do drop-in, covering various mending techniques. Those attending Denise’s drop-in are very welcome to stay and continue working on their mending during Sarah’s reading.

Join us for a special launch of Sarah Thomas’ ecological memoir The Raven’s Nest, published in July by Atlantic Books.

The Raven’s Nest is a profoundly moving meditation on place, identity, and how we might live in an era of environmental disruption, set in Iceland’s otherwordly Westfjords.

Now based in Galloway, Sarah visited Iceland as an anthropologist and filmmaker in 2008. An immediate love for the country and for Bjarni, a man she met there, turned a week-long stay into a transformative half-decade, one which radically altered Sarah’s understanding of herself and of the living world.

She embarked on a relationship not only with Bjarni, but with the light, the language, and the old wooden house they made their home. She found a place where the midwinter full moon reflected by snow can be brighter than daylight, where the earth can tremor at any time, and where the word for echo – bergmál – translates as ‘the language of the mountain’. In the midst of crisis both personal and planetary, as her marriage fell apart, Sarah found inspiration in the artistry of a raven’s nest: a home which persists through breaking and reweaving – over and over.

The event will begin at 4.30pm with Icelandic canapes and a welcome from Sarah and from Christina Riley (The Nature Library).

Following their conversation and audience questions, Sarah will give an extended reading in the Icelandic tradition of kvöldvaka (‘evening wake’), where in the evening, someone would read aloud to their household as they knitted, darned and mended  items of clothing.

Audience members are invited to bring items with them that they would like to mend during the reading.

The event will close with an opportunity to purchase the book and have it signed by the author.

We look forward to welcoming you into the spirit of Iceland! 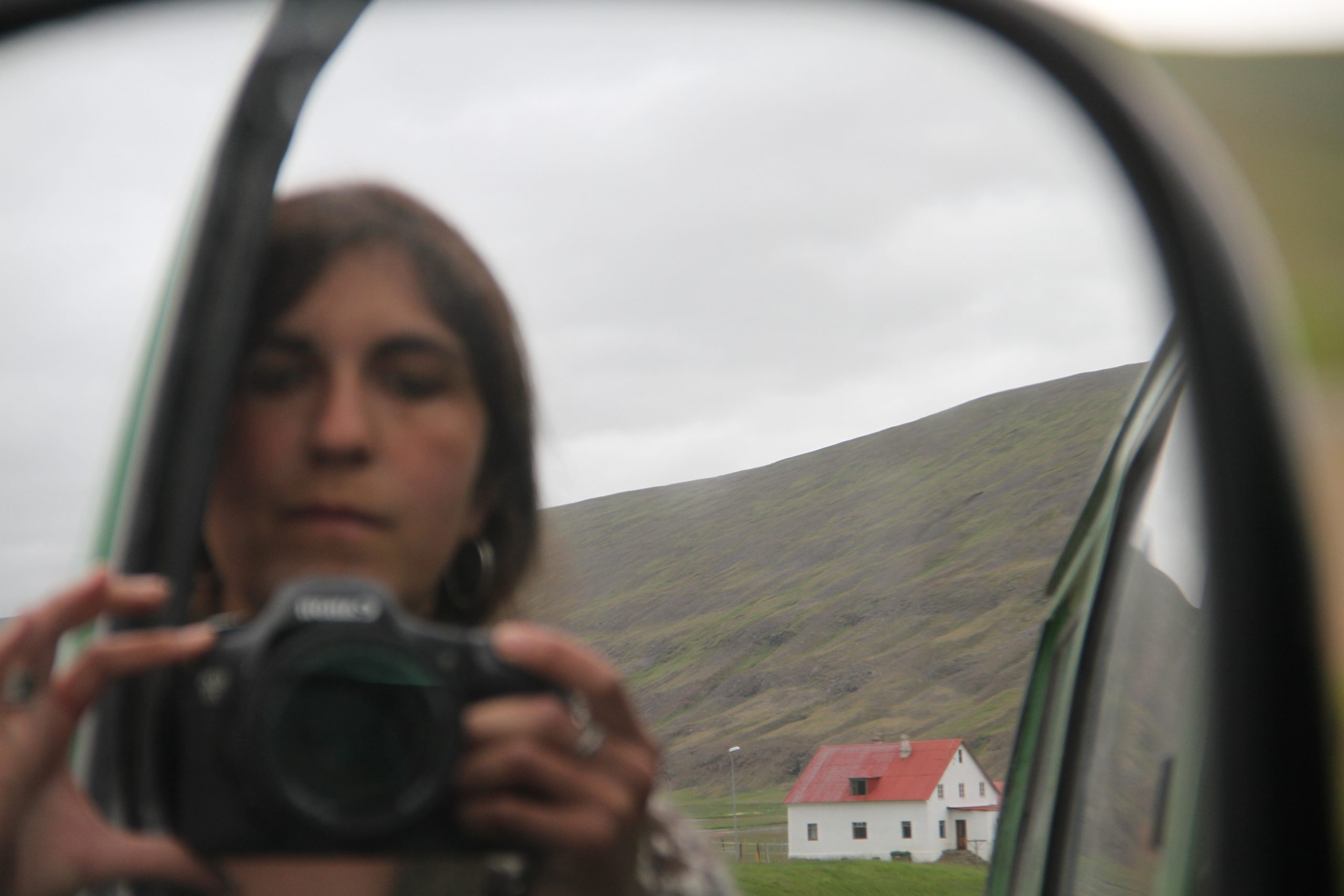 Sarah Thomas is a writer and documentary filmmaker with a PhD in Interdisciplinary Studies. She is committed to work that explores our entanglements with the living world. Her films have been screened internationally. She has been a regular contributor to Dark Mountain journal, and her writing has also appeared in the Guardian and the anthology Women On Nature edited by Katharine Norbury. In 2020 she was nominated for the Arts Foundation Environmental Writing Award. She was longlisted for the inaugural Nan Shepherd Prize and shortlisted for the 2021 Fitzcarraldo Essay Prize.

Christina Riley is an artist and writer based in Ayrshire, inspired by the connections between art, literature and science. Her work has been published by Little Toller’s The Clearing, Caught by the River, Elsewhere, Minding Nature, Gold Flake Paint and others, and her photo book The Beach Today was published by Guillemot Press. Christina was longlisted for the 2019 Nan Shepherd Prize for Nature Writing, before later that year starting The Nature Library. She is currently exploring works which focus on women’s lives by the coast and the role of literature in times of climate crisis.