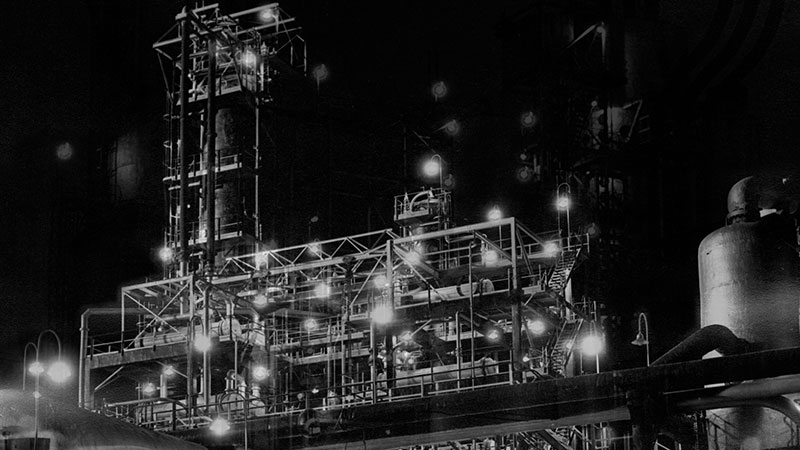 We are delighted to be screening MIRANDA PENNELL’S recent film The Host a year on from its debut at the London Film Festival. Pennell originally trained in contemporary dance before making films, and later studied visual anthropology. Her recent moving-image work uses archival materials as the starting point for a reflection on the colonial imaginary. Pennell’s father was employed by the Iranian Oil Company, later known as British Petroleum, and much of her childhood was spent in Iran. The Host sets out to decipher images, texts, objects, maps, diagrams, markings and photographs all buried in the BP Archive. What is revealed in the process is a hauntingly beautiful landscape objectified from the point of view of utility, for resources that need to be extracted. The film interweaves a number of stories drawn from both the records of an imperial history and Pennell’s own memories, and ultimately it is a personal essay film about the stories we tell about ourselves and others, the facts and fictions we live by, and their consequences.

Alongside The Host, we are screening WERNER KISSLING’s Eriskay – Poem of Remote Lives. His only surviving film, it was shot in 1934 on the island of Eriskay and released the following year. It stands as a key document in the developing ethnography of Hebridean and Northern Isles cultures in the 1920s and 1930s. Kissling had a complicated personal history, settling permanently in the UK in the 1930s to escape the consequences of the rise of Nazism in Germany and residing in his later years in Dumfries. Following an early career as a diplomat, he established a practice as an ethnographer and photographer, working in Yorkshire, the south of Scotland and the Outer Hebrides, and travelling to New Zealand in 1938 to record Maori culture.