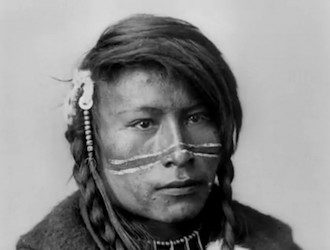 Join us for a very special screening of four short films from the National Film Board of Canada’s ground-breaking documentary series CHALLENGE FOR CHANGE / SOCIÉTÉ NOUVELLE : DOCUMENTARIES IN PARTICIPATORY DEMOCRACY

Tickets £5 (£3)
You can book a seat directly via info@campleline.org.uk. We are able to take cash payments on arrival.
To pay online, please book through ticketsource.co.uk/campleline

The four films include The Ballad of Crowfoot, directed by singer Willie Dunn and featuring a soundtrack by him. The films will be introduced by artist Jacqueline Hoang Nguyen (Canadian, living and working in Stockholm). Jacqueline worked with the National Film Board of Canada to select a short programme of the Challenge for Change films, which she has screened at various locations. She will discuss the films in relation to her own practice.