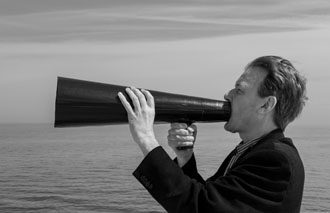 Florian Kaplick will perform Kurt Schwitters’ sound poem Ursonate, a vocal piece consisting of four movements, an overture and finale. Schwitters began writing Ursonate in 1922 and first performed it in 1925 before publishing it in 1932 as ‘Sonate in Urlauten’ (Sonata in Primordial Sounds). Comprising repeated abstract sounds that involve physical vocal performance, Schwitters noted: ‘The fourth movement,long-running and quick, comes as a good exercise for the reader’s lungs.’ Kaplick will also read some shorter Schwitters poems in English/German, including a new interpretation of Schwitters’ famous poem An Anna Blume (1919). A musician and performance artist as well as a psychiatrist and lecturer, Florian Kaplick has a special interest in Schwitters’ sound poetry.

This event is also part of both  Insiders/Outsiders, a nationwide arts festival taking place from March 2019 to March 2020 to celebrate refugees from Nazi Europe and their contribution to British culture.