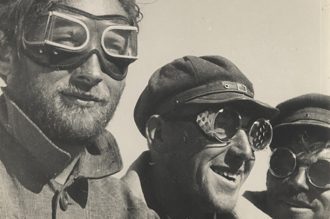 Turksib charts the monumental efforts to build a railway linking the regions of Turkestan and Siberia in 1920s USSR. The film is remarkable for its use of montage and its portrayal of collective effort and modern engineering strength. A significant influence on the British documentary school, an English version of the film was prepared for exhibition by John Grierson in 1930. This remastered version features a newly commissioned soundtrack by Guy Bartell.

Part of Surrender Your Ticket: screenings over 3 days

Rania Stephan’s Train, Trains: A Bypass will screen at 5.30pm (prior to Turksib)
If you wish to attend both films, there is a combined ticket price of £5