Entry is free and by pre-booked appointment only
Thurs–Sat, 11am-4pm

We have put a number of measures in place in line with Government guidance, including physical distancing, limits on visitor numbers, increased cleaning, hand-sanitising stations, and a one-way route through the gallery 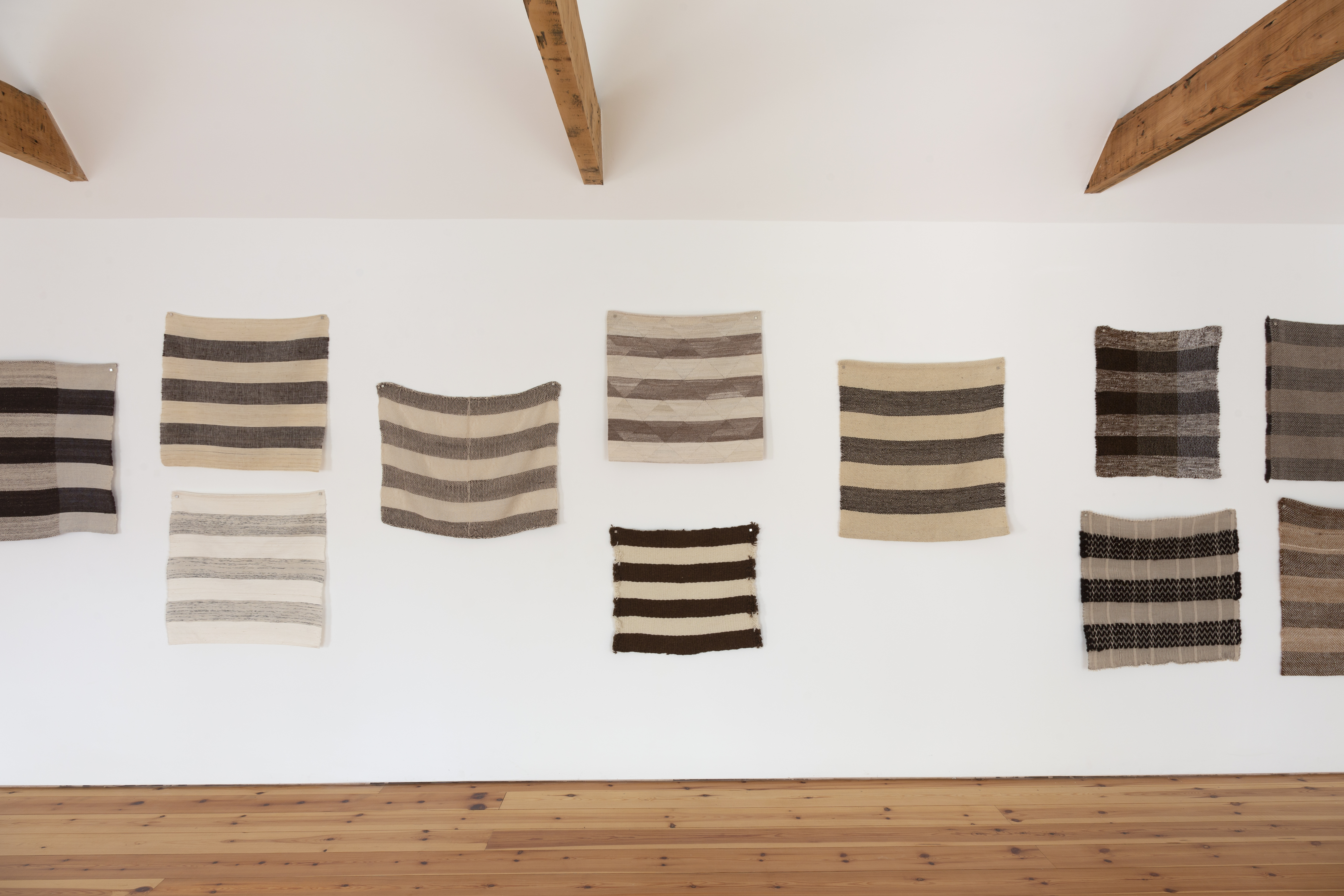 Acts for placing woollen and linen opens with the installation of a collection of 65 weavings, made by weavers from 16 countries as part of Standard Incomparable, a project begun by Mirra in 2015.

The weavings were all woven in response to specific qualities set by Mirra:
a more or less square, plain-woven piece, of a width matching the length the weaver’s arm. Yarn of local & undyed plant and/or animal material, in seven alternating stripes (of shades or weights) the width of the weaver’s hand (incl. the thumb).

From 27 August onwards, the weavings will be taken one by one from the gallery by invited participants, on foot, and placed outside in the surrounding landscape where they will be left. In this way, for Mirra, ‘the collection will be let go of.’

Through this process, Acts for placing woollen and linen will extend the relationship between body, material and weaving established by Standard Incomparable to include factors such as ground, field and walking. As with the production of the weavings, their dispersal will entail individual actions within a collective undertaking.

Cample Mill itself is an especially poignant location for Acts for placing woollen and linen. It operated as a spinning and weaving mill before being repurposed several times throughout the 20th century – a place itself from which weaving and all its associated activity departed. Mirra has said: ‘I didn’t see the dispersal until the invitation from CAMPLE LINE came, and then it seemed not just perfect, but obvious and inevitable’.